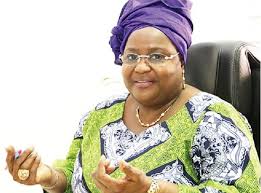 The nation’s pension industry is set for a more boisterous service delivery. This follow the confirmation by the   National Pension Commission (PenCom) that all the Pension Fund Administrators (PFAs) operating in the market have jacked up their minimum paid up capital to N5 billion.

Recall that PenCom which is the regulatory authority in the nation’s pension industry had recently ordered  the recapitalisation exercise for the PFAs with from the hitherto level of N1 billion to N5 billion allowing for only a 12-month transition period from 27 April 2021 to 27 April 2022. PenCom said that the exercise became expedient as the value of pension fund assets under management and custody had grown exponentially by 244 percent, from N3 trillion in 2012 (when the previous recapitalisation was done) to N12.29 trillion (as at December 31, 2020). The sustained growth in assets implies greater fiduciary responsibilities that require more operational capacity by the PFAs. The urgent need to ramp up PFAs capacity to manage the increasing number of registered contributors and value of pension fund assets under management led to the recapitalisation exercise.

PenCom in a statement issued at the weekend confirmed that “it is pleased to inform all stakeholders and the general public that as at 27 April 2022, all Pension Fund Administrators (PFAs) have complied with the Commission’s directive for the increase of the Minimum Regulatory Capital (Shareholders’ Fund) from N1 billion to N5 billion”.

It is worthwhile to state that 10 PFAs had met the new regulatory capital requirement of N5 billion as at 31 December 2021, while the others intensified.