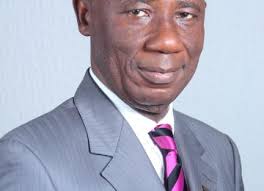 A notice confirming Mr Otia’s appointment as a non executive director which was conveyed to the Nigerian Exchange signed and signed by Moses Omoroge revealed that the National Insurance Commission (NAICOM) had approved the appointment.

According to the notice, “Mr Pius Otia is a seasoned public servant and businessman. He is the Managing Director, Prime Project Montessori Model School Ltd, Yenagoa. He is a former member of Bayelsa State House of Assembly. Mr Otia holds BSc Political and Admin Studies and MBA (Accounting) both of the University of Port Harcourt