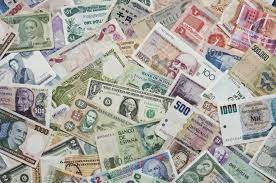 The Central Bank of Nigeria (CBN) has said the country’s first digital currency, eNaira, must be accepted as a form of payment by all merchants and business outlets.

The apex bank said it would launch the pilot scheme of eNaira by October 1, 2021, with Bitt Inc., a Barbados-based fintech firm, as its technical partner.

CBN’s Director of Payment System Management who said eNaira is a legal tender just as the Naira had explained that “Today, anywhere you present naira to pay, compulsorily it must be accepted because that is our fiat currency,” he said.

He said that similar to the fiat currency (naira), the CBN bears all liabilities for the eNaira.

Jimoh advised Nigerians to open eNaira wallets, which could be downloaded on mobile phones from October 1.

On whether Nigeria was ready for the e-naira due to the technological challenges in the country, he said that he didn’t expect it to be a serious problem.

He said that one of the benefits of the eNaira is that it would save the cost of printing new naira notes.

“Remember there was a time in this country when you had to practically beg business outlets, merchants and others to accept POS transactions. But we have come to a point where traders now beg for POS terminals.”

“Today the cost of producing the naira and coins is very high. It costs money to print naira in this country. Now, the minting of e-naira is electronic, so it reduces cost.”

He added that charges of transferring funds would be lower for those using the e-naira.

On why the CBN chose a foreign firm instead of a fintech company in Nigeria, Jimoh said it had to do with capacity.

He said Bitt Inc., which will handle the project, had done similar projects for other countries and already had the capacity and experience.

The CBN director added that the company would be registered and managed in part by Nigerians while the technological aspect would be handled by the foreign arm.

“The CBN digital currency is not what every country has implemented. We are blazing the trail in Africa. Nigeria is the only country in Africa that is doing it. And so many advanced countries are not doing it,” Jimoh said.

“You can only talk of China and the Bahamas that have tried to do something serious on central bank digital currency.

“So, the technology is not everywhere you need to be very sure. You cannot use Nigeria as a testing ground and say oh if it works, well, if it doesn’t work. You have to use entities that have done it, that are sure of it.

“What we did is to partner with an entity that has done it, that has that experience because we know that eventually, the system is going to run in Nigeria.

“So, we also want to domicile some responsibilities here. So, the arrangement is such that you are going to have a Nigerian incorporated company, Bitt Nigeria, which will be running the system.”