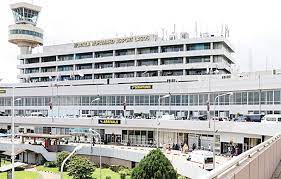 Captain Nuhu while briefing the media on some of his achievements since his assumption of office as the Director General of NCAA said the authority is working with Federal Airports Authority of Nigeria, FAAN, to ” close the few gaps noticed in the two airports”.

He said : ” Lagos and Abuja  airports were certified a few years ago and presently, they are going through recertification. There has been some progress. We have a few gaps that are to be closed. Some have been closed, others, we are in the process of closing them and a new gaps have come.

“So, we are working closely with the management of FAAN to close those gaps so that recertification process can be completed as soon as possible.

Some of the projects they have to do are quite capital intensive, but we are working on them and I think we are getting some assistance from the ministry to give them the support on those heavy items that they need to do.” On the state of the other three international airports in the country, the DG said : ” Apart from that, we are also talking on initial certification for Port Harcourt, Enugu and Kano Airports. All the international airports have to be certified. It is quite a big project to certificate five airports; two initials and three recertification. It is quite a heavy load to be done, but hopefully, we will get them by as soon as possible”, he said

Also speaking on the new Ground Charges/Rates and NCAA involvement,  Captain Nuhu said : ”  Those charges were done after consultations with the foreign, domestic airlines and ground handlers. NCAA did not just wake up and put figures together. We had consultative meetings with all the parties involved. Why should I be charging $300 in Nigeria and neighboruing countries are charging $4,000 and you expect the ground handlers to give you the same service? That is not possible. Those charges are reflection of what is in the Economic Community of West African States (ECOWAS) region. So, NCAA didn’t just wake up to come out with the charges, but significant consultative meetings with everyone like the Aviation Ground Handling Association of Nigeria (AGHAN), Airline Operators Committee (AOC), Airline Operators of Nigeria (AON) and the Ministry of Aviation. It was agreed by everyone and we implemented the figures as agreed by all the parties involved, ” he said.