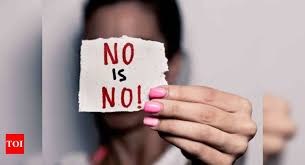 An Osun State Magistrates’ Court in Ile-Ife has ordered the remand of a woman, Nifemi Ayayi who allegedly bit her neighbour on the scrotum.

The accused person who pleaded not guilty was charged with assault.

The prosecutor, Inspector Sunday Osanyintuyi told the court that the accused person committed the offence on August 24, around 8 p.m. at No 21, Oke-Soda in Ile-Ife.

He said that the accused person bit Olayera Boluwaji on his scrotum and his stomach.

The offence committed contravened the provisions of Section 355 of the Criminal Code, Laws of Osun, 2002.

The Defence Counsel, Mr Philip Fasanmoye, made an oral bail application that the court should admit his client to bail in most liberal terms.

In his ruling, Magistrate Olusola Aluko, ordered the Defence Counsel to file a written application for bail.

He, therefore, ordered the remand of the accused person at Ilesa Correctional centre.

The case was adjourned till November 15, for bail consideration.