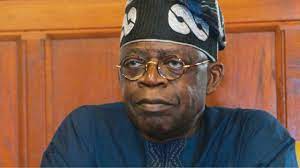 A chieftain of the Peoples Democratic Party (PDP) Segun Sowunmi, has ruled out President Muhammadu Buhari’s chances of succeeding as a candidate in any election under the platform of the All Progressives Congress (APC).

Sowunmi who made the observation in a television interview also said he doesn’t see the President as a threat to the PDP’s chances of winning in the forthcoming 2023.

“Buhari is not an issue, I will spit him out of my mouth,” Sowunmi said when asked if he can wish the President away.

He, however, said if there were any threats to the PDP’s chances, it would be the Governor of Kogi State, Yahaya Bello and APC national leader, Bola Tinubu.

“There are only two people in the APC that give me a headache,” Sowunmi said.

“I’m worried about Governor Yahaya Bello because of some of the foot prints I see him doing, he is young, and can connect to the right audience and I’m worried about Bola Ahmed Tinubu because I know the huge political infrastructure he has”.

President Buhari had lost elections three times prior to winning in 2015 and his re-election in 2019 – feats which the PDP chieftain believes was only possible because of the support of Tinubu.

“The APC did not win the PDP in 2015 because of the party in itself; they won in 2015 and 2019 because of the support of former Governor of Lagos State, Bola Tinubu,” Sowunmi said.

The President had hinged his campaign on three main promises of bolstered security, improved economy and the fight against corruption.

But with the country, increasingly rife with economic instability, insecurity and corruption despite claims of efforts on the part of the government, Sowunmi has urged Nigerians to begin to get their Permanent Voter’s Cards (PVCs) and make better decisions come 2023.

“When we have problems on the ground, it’s (even) too early to be talking about an election,” he added.