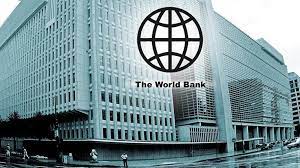 Despite the fact that many emerging economies continues to battle the negative impact of the COVID-19 pandemic, indication has emerged that the global economy is expected to grow at 5.6 per cent in 2021.

The World Bank in its June Global Economic Prospects released in Washington D.C., noted that the expected growth was based largely on strong rebounds from a few major economies, adding that in spite of the recovery, global output will be about two per cent below pre-pandemic projections by the end of the year.

The 5.6 per cent expected growth, the fastest post-recession pace in 80 years, is an upward review from the 4.1 per cent forecast in January.

It however, said that the recovery in many countries was being held back by a resurgence of COVID-19 cases and lagging vaccination progress, as well as the withdrawal of policy support in some instances.

According to World Bank, among low-income economies, where vaccination had lagged, the effects of the pandemic had reversed poverty reduction gains and aggravated insecurity and other long-standing challenges.

The United States of America’s growth is projected to reach 6.8 per cent, reflecting large-scale fiscal support and the easing of pandemic restrictions, while growth in other advanced economies is also firming, but to a lesser extent.

Also, per capita income losses would not be unwound by 2022 for about two-thirds of emerging market and developing economies.

“Among emerging markets and developing economies, China is anticipated to rebound to 8.5 per cent this year, reflecting the release of pent-up demand.

“Emerging market and developing economies as a group are forecast to expand by six per cent this year, supported by higher demand and elevated commodity prices,” World Bank said.

Excluding China, World Bank noted that the rebound in this group of countries was anticipated to be a more modest 4.4 per cent, while the recovery among emerging market and developing economies was forecast to moderate to 4.7 per cent in 2022.

It added that per capita income in many emerging market and developing economies was also expected to remain below pre-pandemic levels and losses were anticipated to worsen deprivations associated with health, education and living standards.

Major drivers of growth had been expected to lose momentum even before the COVID-19 crisis, and the trend is likely to be amplified by the scarring effects of the pandemic.

“Growth in low-income economies this year is anticipated to be the slowest in the past 20 years other than 2020, partly reflecting the very slow pace of vaccination.

According to the report, positive spill over from strengthening global activity, better international control of COVID-19 and strong domestic activity in agricultural commodity exporters are expected to gradually help lift growth.

“Nonetheless, the recovery is envisioned to remain fragile, given the legacies of the pandemic and the slow pace of vaccinations in the region. In a region where tens of millions more people are estimated to have slipped into extreme poverty because of COVID-19.

“Per capita income growth is set to remain feeble, averaging 0.4 per cent a year in 2021-22, reversing only a small part of last year’s loss. Risks to the outlook are tilted to the downside, and include lingering procurement and logistical impediments to vaccinations, further increases in food prices that could worsen food insecurity, rising internal tensions and conflicts, and deeper-than expected long-term damage from the pandemic.”

In Nigeria, however, growth is projected to resume at a modest rate of 1.8 per cent in 2021 and edge up to 2.1 per cent in 2022, assuming higher oil prices, a gradual implementation of structural reforms in the oil sector and a market-based flexible exchange rate management.

David Malpass, the World Bank Group President, said that while there were welcome signs of global recovery, the pandemic continues to inflict poverty and inequality on people in developing countries around the world.

He said that globally coordinated efforts were essential to accelerate vaccine distribution and debt relief, particularly for low-income countries.

“As the health crisis eases, policymakers will need to address the pandemic’s lasting effects and take steps to spur green, resilient, and inclusive growth while safeguarding macroeconomic stability.”

Indermit Gill, World Bank Group Vice President for Equitable Growth and Financial Institutions, said that linkages through trade and global value chains had been a vital engine of economic advancement for developing economies and lifted many people out of poverty.