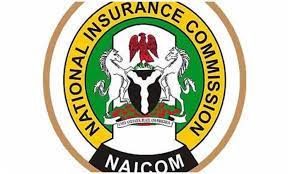 Insurance industry’s supervisory authority, National Insurance Commission (NAICOM) said that it is set for the implementation of the Risk Based Supervision (RBS) policy even as the commission assured of efforts to help depeen insurance penetration in the country

NAICOM  said that after months of training of it’s staff and upgrade in Information Communication Technology (ICT), it is now properly positioned to impliment it’s RBS policy saying the scheme will take off in the next two months.

Commissioner for Insurance, Sunday Thomas who dropped the hint at a retreat organised by the commission for financial journalists in lagos noted the need for the  regulatory body to be adequately prepared for the expected boost in businesses at the disposal of insurance companies.NAICOM he revealed is working in partnership with relevant government agencies and parastatals with the view to allowing insurance companies benefit more from the nation’s local content policy.

This, the Cimmisdiner said is in addition to efforts to make state and federal government to open more channels for the insurance of their assets as a matter of policy.

Explaining more on the implementation of the RBS, Mr Thomas said ” The relevant persons have been trained, the necessary skills have been acquired and the instruments that will enable the  implementation have been development, what is left is to do the finishing touches for the take off.”

It would be recalled that NAICOM had been on the policy advancing with its plan to transition from a compliance-based model of supervision to that of risk-based supervision (RBS) in 2017.

The RBS is a system in which the supervising authority allocates time and resources to firms based on the level of risk inherent to their balance sheet.

The supervisor assesses systemic risk that affects the industry as a whole, and then analyses the level of risk specific to each firm. It takes a holistic approach, and studies the business units within the enterprise, each of which may carry varying levels of risk.

The transition process, which has been under way since 2015, will allow NAICOM to determine capital requirements for individual insurance companies based on the risk they carry in their portfolios instead of applying the same minimum standards across the industry. The commission released a set of draft guidelines for feedback in November 2016 and gave the industry four weeks to submit comments.

Enterprise risk management and code of corporate governance guidelines were among those released by NAICOM in May 2017, with mandatory training for insurance company directors to follow. In preparation of the industry-wide rollout, NAICOM conducted a verification exercise of capital resources during the first quarter of 2017 – the first step in assessing the level of risk of the country’s 56 insurance firms.

The Commission at the conference also said the NAICOM Insurance Academy will take off by the beginning of fourth quarter.

Thomas, said that the Commission is conscious of the fact that insurance sector is a knowledge bases sector, they are working hard to assist in the development of Actuarial programs in higher institutions.

Insurers to suffer $3bn claims on cancellation of Tokyo Olympics

Retreat for House of Representatives Committee on Insurance and Actuarial Matters.