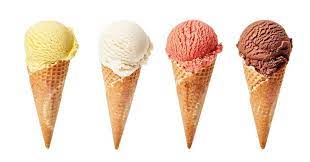 No matter the weather, people in Russia love ice cream, and 2020, as the pandemic shook things up, more of them reached for the comforting desserts than they had in a long time.

Citing data from the Agricultural Bank, the TASS news agency reported on Tuesday that 451,000 tons of ice creams were produced nationwide, an increase of 8 per cent from the year prior.

And this year, experts expect even more ice cream of 463,000 tons to be sold in stores.

Demand for ice cream in Russia has been growing for a good 10 years.

The majority of the ice cream produced in Russia is also eaten by Russians.

Instead, people bought more ice cream from supermarkets or ordered it online.

Ice cream is considered a national dish in Russia.

The Soviet Union first began mass production of the frozen dessert in the 1930s.

Auto crash claims radio broadcaster, one other in Osun