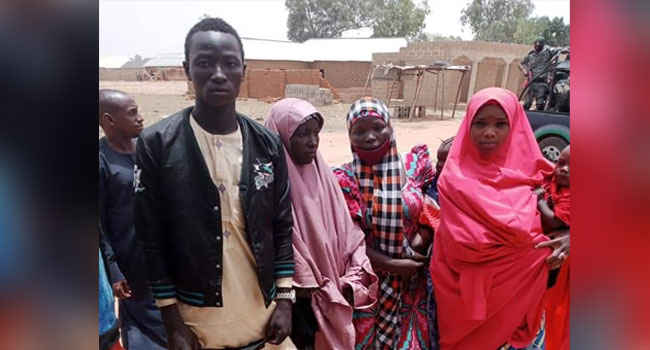 According to the Spokesman of the command, Mohammed Jalige, the police operatives through intelligence information intercepted the bandits numbering about ten at Kaduna-Birnin Gwari road where they were attempting to kidnap travellers.

The bandits were arrested by the police during their attempt to kidnap five occupants of a Volkswagen Golf vehicle heading towards Birnin Gwari from Kaduna.

Jalige said on receiving the report, the patrol team attached to Buruku Division immediately swung into action, engaged the bandits in a fierce gun duel, and successfully repelled the bandits who scampered into the forest with various degrees of bullet wounds and rescued all the occupants of the vehicle safely.

The police spokesman added that efforts are on to ensure the fleeing bandits are apprehended.

In another development, operatives of the Kaduna police command have killed a suspected gunrunner in Lere Local Government Area of the state while his accomplice was arrested.

The command says the suspects were arrested during a routine patrol by police operatives who were on the trail of suspected bandits who intercepted a Toyota Highlander car around Saminaka forest of Lere Local Government Area.

The occupants on sensing danger posed by the officers immediately started shooting at the operatives who equally countered the firing, and injured the suspects

Some dangerous weapons including 8 SMG Rifles, One Beretta Pistol, 11 AK47 Magazines, and 50 rounds of 7.62x39mm live ammunition were recovered from the suspects.

While one of the suspects died from gunshot wounds at the hospital, his accomplice upon interrogation confessed that he was transporting the arms and ammunition to bandits in Niger, Kaduna, Zamfara, and Katsina States.