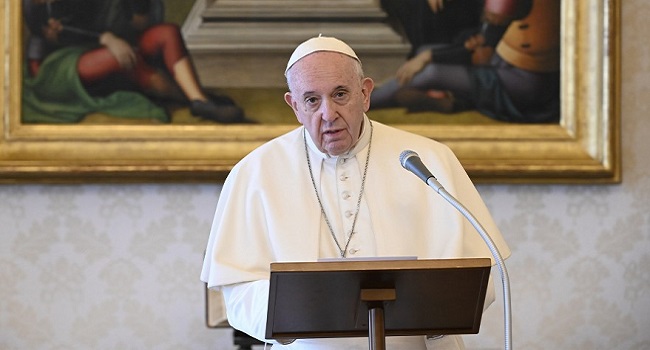 The Catholic Archbishop of Kaduna Diocese, Most Rev. Matthew Ndagoso is calling on security agencies to urgently facilitate the immediate rescue of the kidnapped Catholic Priest, Reverend Father Anthony Dawa.

Reverend Father Dawa was abducted by gunmen in the early hours of Tuesday.

The gunmen invaded Saint Pius Catholic Church at Kushe Makaranta, in Kagarko Local Government Area of the state and abducted the priest.

They also took away the wife and son of the Catechist of the parish and one other person during the operation.

Although police authorities are yet to make any statement on the incident, Most Rev. Ndagoso says those behind the kidnap have not demanded any ransom.

He told Channels Television that the bandits abducted Rev Fr. Anthony Dawa at the father’s house while the catechist’s wife and son were kidnapped in their house which is around the church.

The Catholic Archibishop lamented the growing insecurity in the country saying it has led to the death of many innocent citizens while several others are living in fear.

He, however, appealed to security agencies to facilitate the immediate rescue of the kidnapped victims.

He also called on the government to step up its responsibilities of protecting the lives and properties of the citizens before it is too late.