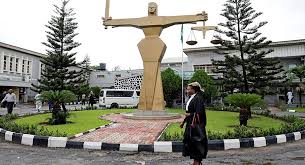 The state  Governor Hope  Uzodimma  disclosed this  while swearing  in  four  new commissioners  at  the  government  House  Owerri .

Uzodimma said that the  swearing in ceremony is symbolic in many respects because “oath taking signals readiness to serve with commitment, diligence and honesty.”

He explained that the Commissioners were chosen to reinvigorate and fuse in new blood into the Cabinet for the journey ahead.

The Governor reminded the new appointees that “the job is a very serious one”  adding that they need to be constantly on their toes to justify their commitment in service of Imo State and the confidence reposed in them.”

He  urged  them to “serve transparently with accountability and honesty at the back of their mind always,”  noting that “the mandate handed over to them is to serve Imo people

The Governor however reminded them  that there is no permanent seat or portfolio for any member, “rather performance determines the tenure of a council member and the portfolio he/she holds

He reiterated government’s commitment to the welfare of  civil servants and teachers in the  State, insisting that over 42,000 verified and cleared civil and public servants in the State have been paid their salaries up to date

The  Governor  revealed  that  10,000 workers  were discovered to be ghost workers pointing out that of the 947 civil servants who are yet to be paid many of them were found to be receiving double salaries

He maintained  that  such workers cannot be paid by the government until they come up to explain what transpired and how they plan to refund such public funds they fraudulently took from government.

However, the Governor assured   that efforts are being made to sustain payment of pensions and salaries saying that ,  “government cannot afford to pay gratuities now  which have accumulated to over N58billion’

According to him, “In the past the Civil Service was excluded from governance but we have made efforts to return the system to its former glory,”

The Governor also inaugurated the Board Members of the state  Broadcasting Corporation (IBC) Owerri.

The board members are Hon. Emma Dike (Chairman) and Sir James Egbuchulam, Director-General, IBC as Secretary.

Speaking on  behalf of other members  Dr. (Mrs.) Anite thanked the Government and Imo people for trusting them and believing in their capacity to serve to serve.

Your path to credible news