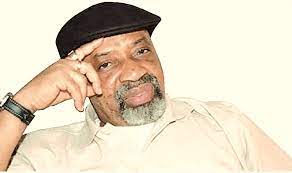 The president said this while declaring open a two-day meeting of the National Labour Advisory Council (NLAC) in Owerri  Imo state recently.

President Buhari spoke   through virtual presentation,  commending the ministry of Labour and employment for convening the meeting which was last held in 2014

The president  assured of his administration’s  unflinching support to the resolutions of the council.

He emphasized, ” Let me assure you that we are committed to stemming the negative effects of the global financial and economic crisis on employment by strengthening tripartism and social dialogue”

” Please be assured of this administration’s support as you carry out fruitful deliberations “, he said.

Speaking,  the minister of Labour and Employment, Dr Chris Ngige stressed the role of the NLAC in promoting best labour practices in line with international standards.

He expressed optimism that with the passage of the labour institutions Bill, the status of the council will be enhanced so as to enable it effectively discharge its responsibilities.

” When enacted, the Labour Institutions Bill will widen the scope, functions and nomenclature of the existing council.

” In 2011, three committes were established and later inaugurated in 2013 to make recommendations in thematic areas of our labour administration practice.

” The ministry has collaborated with the Nigeria Labour Congress (NLC), Trade Union Congress (TUC) and Nigeria Employers Consultative Association (NECA) to review the bills and hopefully, they will be enacted soon “, he said.

Also speaking,  the chairman of the Council and permanent secretary of the ministry, Mr Yerima Tarfa said that the NLAC was established in 1955 by a pronouncement of the Federal Executive Council.

According to him, the meeting is part of government’s strategy of strengthening collaboration between social partners, federal and state governmentsin order to achieve appropriate solutions at all levels.

This he said, is to ensure lasting industrial harmony, social and economic development as well as national growth.

Earlier in a welcome address, Imo state Governor,  Hope Uzodimma commended  the organizers of the meeting for choosing Imo as  the host state.

Speaking through his   deputy Prof. Placid Njoku  the  Governor  called on the Council’s to approach their assignment with a sense of seriousness so as to come up with the way forward to realizing the objectives of the NLAC.

“Let me call on the members of this Council to approach their assignment with all sense of seriousness and commitment.

” This is to enable them come up with a defining roadmap that will help realize the objectives of the NLAC and lay a new foundation that will sustain our national aspirations as we march into the future”, he said.