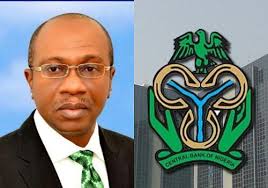 The Nigerian Association of Chambers of Commerce, Industry, Mines and Agriculture (NACCIMA), has lauded  the newly introduced Naira-4-Dollar Scheme by the Central Bank of Nigeria (CBN).

The scheme was to encourage increase of diaspora remittances into the country.

The News Agency of Nigeria (NAN) recalls  that the CBN in a circular dated March 5, 2021, directed all Deposit Money Banks and International Money Transfer Operators to henceforth pay recipients of diaspora remittances N5 for every USD1 received as remittance inflow.

Amb. Ayoola Olukanni, Director-General, NACCIMA, reacting to the scheme, on Sunday in Lagos,  identified diaspora remittances as an important component part of inflow of foreign Exchange into the Nigerian economy.

Olukanni noted that foreign exchange remittances contributed as much as 6 per cent to the nation’s Gross Domestic Product (GDP) and was economically significant  in meeting Nigeria’s developmental aspirations.

He stated that a proper implementation of the scheme might have positive impact on the nation’s modest exit from recession, boost foreign exchange input and hopefully result in the reduction of pressure on the Naira.

The NACCIMA DG, however, stressed the need for focus on other areas of non-oil exports in the nation’s quest to shore up its foreign exchange remittances.

He also called for appropriate incentives to boost foreign exchange by scaling up non-oil exports.

“Diaspora remittances have  always been identified as an important component part of inflow of foreign exchange into the Nigerian economy.

“This is perhaps what inspired this “Naira-4-Dollar Scheme” by the CBN.

“As the global economy rebounds and  takes a new upward trajectory, I am of the view that this is why the CBN has taken this strategic option to encourage remittances from the our Diaspora which is quite huge and located across the world.

“Properly implemented,  I think it may have positive impact on our modest exit from recession, boost our foreign exchange input and hopefully result in reduction of pressure on the Naira.

“However we are  of the view that other areas which deserves attention in the quest to increase forex inflow  is our  non-oil exports which is yet to be fully tapped due to reasons we all know.

“We hope to see appropriate incentives to boost foreign exchange by scaling up our non-oil exports as we grapple with what should be done to ensure inflow of Forex and also shore up the Naira,” he said.