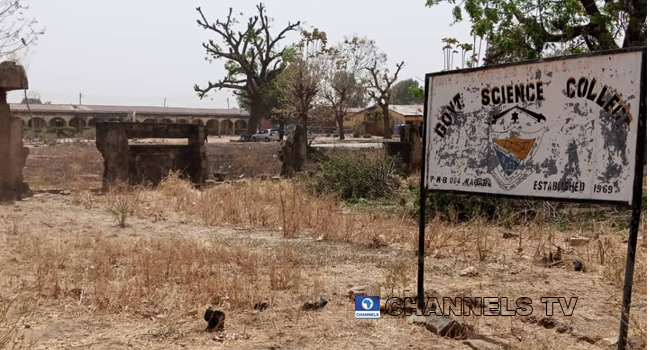 At least 41 persons, many of them students, were kidnapped on Wednesday morning after gunmen attacked Government Science College, Kankara, in Niger State. The State Government published the names of the abductees on Thursday.

The police said it had deployed additional tactical, intelligence, and investigative assets to solve the kidnapping and other related cases in the state.

Meanwhile, just 24 hours after the Kagara attack, gunmen attacked some other Niger communities, killing at least one person. Many others sustained injuries.

Shehu Sani: The former lawmaker urged the government to negotiate with the abductors as they have nothing to lose and will not hesitate to harm the abductees.

Quote: “Kidnappings or abductions and violence has been a daily issue,” Mr. Shehu said. “You can use whatever you want to use, be it helicopter or operation Puff Adder or whatever operation you want to use against the bandits, but I think in the interest of the safety and for the lives of these boys, hold on with your bravado, with your helicopter and planes until these boys are safely negotiated out of danger.”

Abubakar Bello: The Niger State Governor, after meeting with the President in Abuja, said the lasting solution to the state’s insecurity challenge is to engage the bandits peacefully. “I understand some of these bandits are tired and need to be looked after; we need to train them, to engage them,” he said.

Tukur Buratai: The ex-Chief of Army Staff told the Senate Committee on Foreign Affairs it may take Nigeria at least 20 years before it can resolve its security challenges. Former Chief of Defence Staff, Abayomi Olonisakin also told the lawmakers Nigeria’s next warfare and crisis will be in the forests. The ex-Service chiefs are being grilled by the Senate before their confirmation as ambassadors.

Ike Ekweremadu: The former Deputy Senate President is insisting on the creation of State Police as the solution to insecurity across the country.

The National Bureau of Statistics on Thursday announced that Nigeria has emerged from recession.

The country had slipped into recession under the weight of the coronavirus pandemic and falling oil prices last year.

Although the Finance Minister, Zainab Ahmed, had predicted a recovery in the first quarter of 2021, NBS data showed that the economy grew by 0.11 percent in the fourth quarter of 2020, representing the first positive quarterly growth in the last three quarters.

Analysis: Economist Bismark Rewane said he was pleasantly surprised by the news. He attributed the recovery to government policy, support from the World Bank and IMF and, of course, a rebound in oil prices.

A health worker prepares an injection of the AstraZeneca/Oxford Covid-19 vaccine on February 7, 2021 at the Mignot Hospital in Le Chesnay near Paris. ALAIN JOCARD / AFP

The National Agency for Food and Drug Administration and Control (NAFDAC) has approved the use of the Oxford/AstraZeneca COVID-19 vaccine in Nigeria.

The vaccine, which can be stored at 2 to 8-degree centigrade, is the first to be approved by the agency.

According to the Director-General of NAFDAC, Dr. Mojisola Adeyeye, three additional vaccines are being evaluated for approval.

Although the AstraZeneca vaccine appears not to work against the South Africa variant of the virus, it is effective against the UK variant, which has been found in Nigeria.

NCDC: The disease control agency reported 869 new cases of the virus and eight deaths on Thursday. The country’s total caseload is now just a few hundreds from hitting the 150,000-milestone.

What else is happening?

Leah Sharibu: Thursday made it three years since the Dapchi schoolgirl was kidnapped, along with 109 others. While most of the girls have been released, Sharibu wasn’t after she refused to renounce her Christian faith. Many in her community still believe she will return someday.

IPOB: The Nigerian Army has commenced an operation against what it describes as “illegal training camps” in Orsu Local Government Area of Imo State and neighboring communities.

Benue: The State Government has shut down a popular private school, Vaatia College in Makurdi, following the outbreak of Guillain-Barre, a rare illness that left nine students paralysed.

Junaid Mohammed: The Second Republic lawmaker is reportedly dead after a brief illness. He was 71.

Edo: The State Government said it will not cede any part of its land for cattle grazing. “Our position on the matter of grazing land is clear and has not shifted, which is that there is no free land for grazing in Edo State,” a statement said.

NASA: The American space agency has successfully landed its Perseverance rover on the surface of Mars. The robot will now embark on a multi-year mission to look for signs of life on the red planet. “The question of whether there’s life beyond Earth is one of the most fundamental and essential questions we can ask,” said NASA geologist Katie Stack Morgan.